I never thought I would be looking for moss for diorama, but it turns out I’m not the only person searching!

A few days back, I shared about my daughter’s new dinosaur egg toy kit. Toward the bottom of that post, I shared a photo of a diorama my daughter made after she’d finished excavating all of the eggs. The diorama is lined with moss, and it turns out that finding moss for a diorama just isn’t that easy. In fact, since sharing that post I’ve received more than one message from someone asking me where to find moss for diorama.

Here’s the good news: It’s in the same place I buy everything — Amazon. There, I found a nice, long piece of dried fake moss, perfect for making dinosaur scenes. Amazon is always my go-to store because with Prime, I can receive items within days without leaving my house. Since I didn’t have a time limit on when I needed the moss for our diorama, I ordered it up.

About Moss for Diorama on Amazon 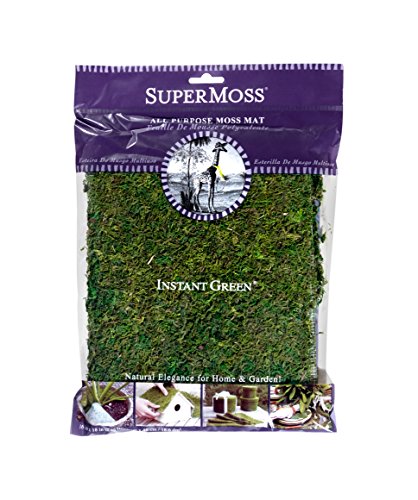 -Dimensions: 18 in X 16in
-Easy to cut
-Easy to adhere
-Bright green color

I liked this moss for our diorama before we even adhered it to our cardboard box because it didn’t have a strong smell when I pulled it from the package. So often dried craft moss stinks, but this didn’t. Win!

How We Used Moss for Diorama

I wish I had taken a photo of the moss when I first removed it from the package so that I could share what it looks like here. Unfortunately, I did not. My apologies.

Anyhow, I found this product to be pretty easy to use. In order to adhere it to the box, I first cut it to the proper size and then adhered using regular Elmer’s school glue. My daughter and I let it sit and dry overnight, and the next day she had her fancy moss for diorama ready to go.

Truthfully, there was probably a better way to affix the moss to the box, but I was doing an at-home art project with a four-year-old. I didn’t put as much time or thought into it as maybe I would have if it would have been on display somewhere.

STEM Impact Of Moss for Diorama

On first glance, it may not appear that moss for diorama belongs on a blog about STEM toys for kids. But truthfully, my daughter and I have had a surprising number of science questions and conversations emerge from this diorama. If it didn’t have the fake moss inside, I’m not sure that she would be so attracted to the toy. The bright colors really do make a difference!

As I’ve said before, I believe that building a basic, fundamental understanding of science topics is important for future science exploration and understanding. My daughter LOVES dinosaurs. We’ve had endless natural science and biology-based questions come from her love of dinosaurs, and I’m thrilled to be building on her scientific base.

Admittedly, you wouldn’t likely purchase ONLY moss for a gift for a child, but adding moss to a homemade diorama kit? That could be fun. If you look around on Amazon, there are all kinds of fun and different moss for diorama. We added some pink and green reindeer moss for texture on our diorama, like the ones seen below. I decided to include the blue reindeer moss for diorama because I wish we had that one! (Also there are some cool variety packs!)